In this journal, we will show the new map and cards as well as UI alteration.

So let me briefly introduce the changed contents.

The Coast map is the third addition after the Forest and Desert map.

By introducing new enemies and new events on different maps,

We tried to give players new contents to enjoy

and get players to use different strategies based on each map.

Buildings are vulnerable to Pirates and they are good at destroying constructions.

Defensive Strategies based on buildings are somewhat challenging compared to other maps.

Basilisks appear in late-game. This creature moves fast and can force Rats out of combat.

It pushes Rats off the battlefield or makes Rats fall asleep.

Player will also experience enemy unit that flies over the Defensive wall like Nocturne in Forest map.

We wanted to add more regional features, but the new regional work required too much work than we thought.

There was so much to create, including text descriptions, abilities, shapes, animations, and sound effects for the enemies.

Even though we have worked the resources above for 4 to 5 months,

we felt bad for not implementing every ideas we had to the update.

So, after this Coast Map update, we plan to focus on developing regional features rather than adding new regions.

Therefore, it was decided that the effect of reducing the repair time of buildings would be strategically valuable.

A Fire Station building was introduced with the repair effect.

In addition, the inconvenience of repair reset also improved on this occasion.

By fixing the repair gauge so that it will not reset if the building repair is interrupted.

We want repair to be simple and convenient.

In addition, we implemented an additional 10 cards.

In this journal we have 6 cards to introduce, and in general, new cards are useful for Defensive Strategies. 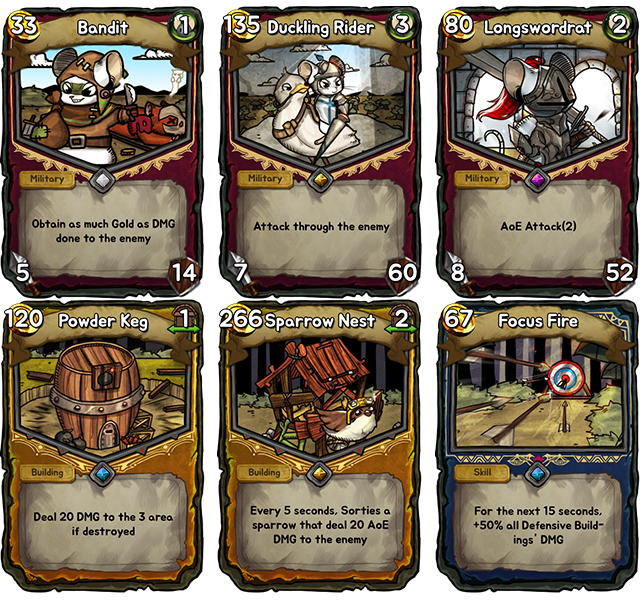 < We look forward to see a new strategy. >

Bandit that steals gold from enemy,

Duckling Rider that charges through enemy,

Powder Keg dealing AoE explosion attack, and so on.

In the future, player will be able to create a variety of defense strategies using these cards.

We have been receiving feedback regarding UI.

We have also made some improvements.

We've brightened the overall tone, and modified some UI layouts.

Previously, only four leaders were seen on the screen.

As more leaders were updated, the UI was not showing enough leaders. 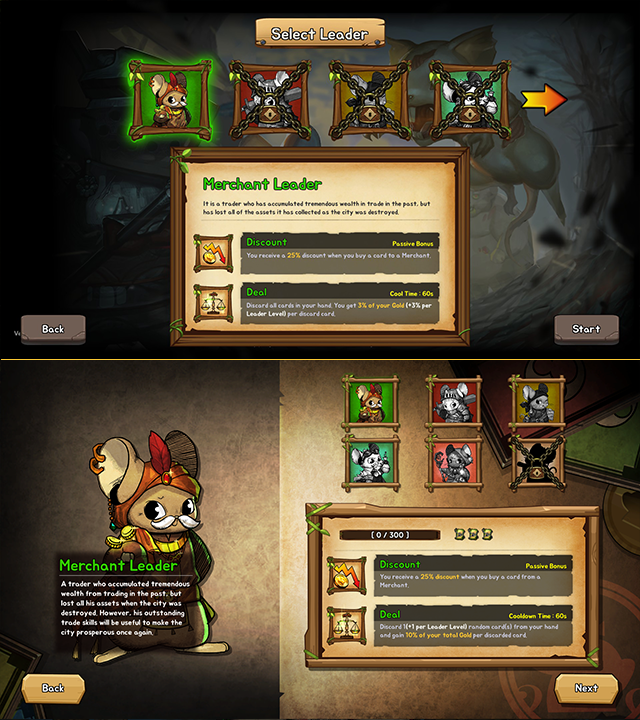 To make it easier to select leaders, we have changed the outline.

Showing the leader's full body image so that players can feel more attached to the leader.

Press the Next button to go to the Map selection screen.

Previously, Forest / Desert maps were randomly selected. So many have asked it not be random.

As we will have more regions in future, we added a new screen to select regions. 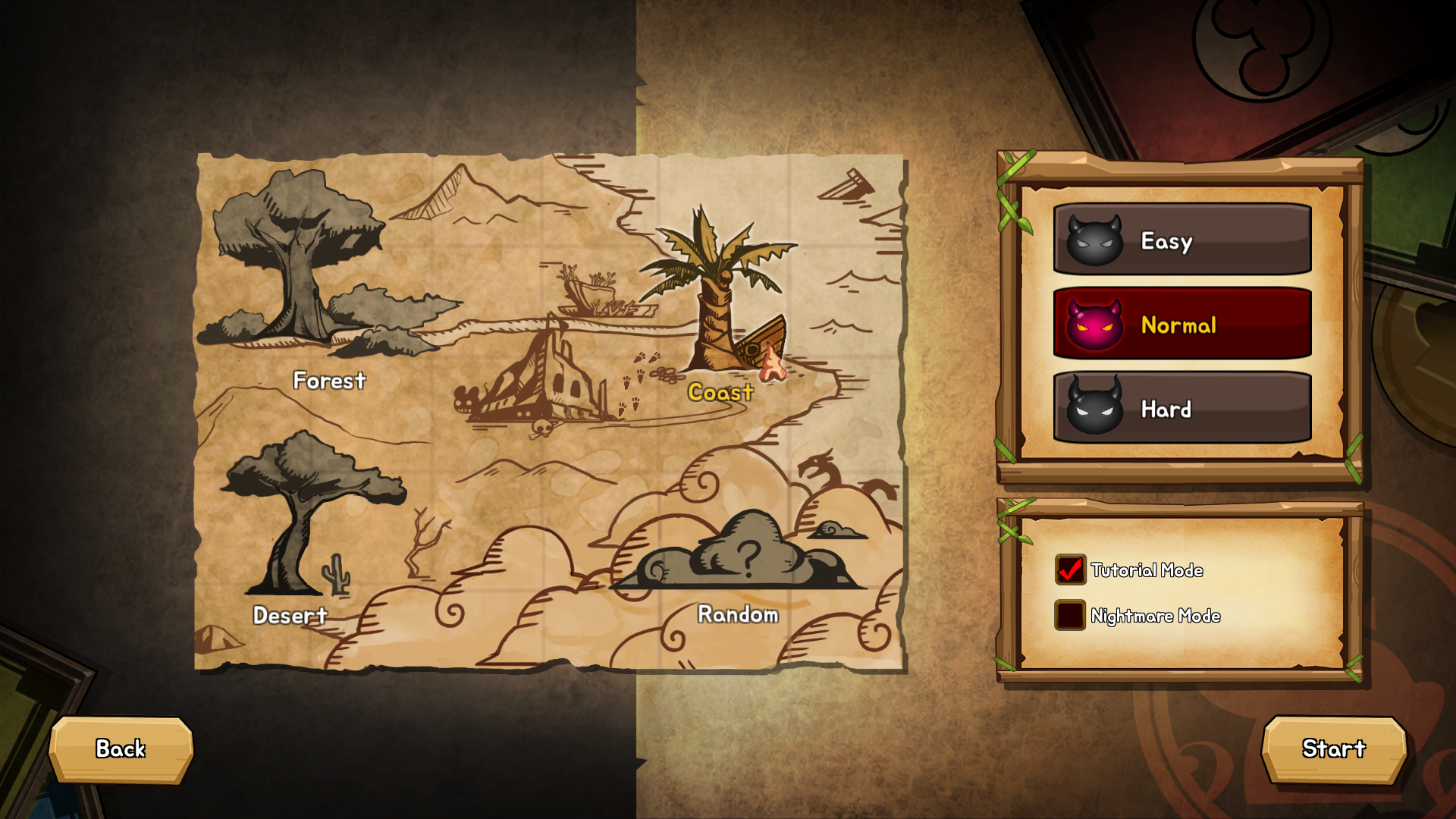 < On the map, you will choose where to set up your new settlement. >

Following the Map Selection, many people have requested the difficulty selection.

The difficulty feature should have been added earlier, but Ratropolis was released without it.

We couldn't delay it longer, and here we are!

"One Screen to select them all"

Within the in-game screen, the event screen and the card purchase screen has been improved.

The content and quest selection of the event were made easier to see, 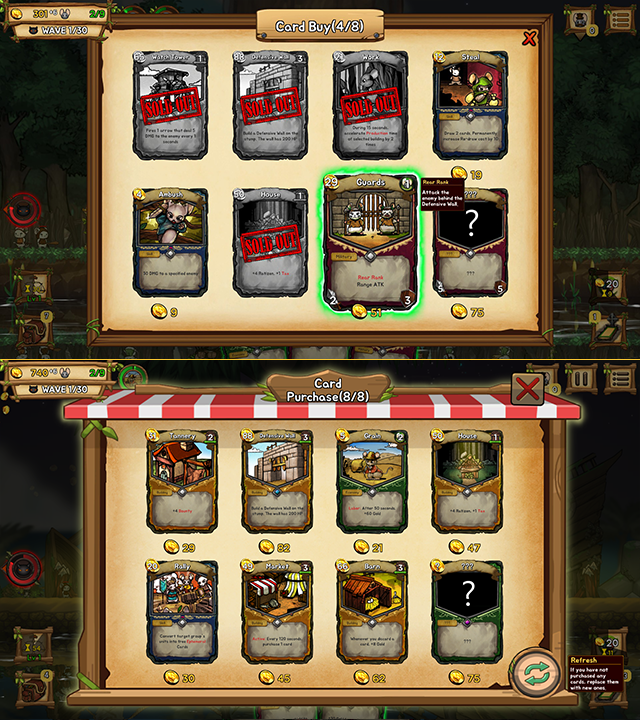 As new cards were added, the probability of getting the card that a player wanted appeared dropping.

If the merchant was foolish to not research what his customer wanted,

and giving opportunities for building a stronger deck.

In addition, we made minor changes such as adding a Pause Button and improving the settings window.

We are currently working on an the Card Encyclopedia for the next update.

Last month we unexpectedly spent a lot of time localizing.

I asked for inspection because the result of the company that was in charge of translation was not good.

They told me the inspection takes a long time to complete.

So, I had no choice but to sit and wait for the completion.

But while waiting, I saw a Chinese pirate version of Ratropolis on the Internet. 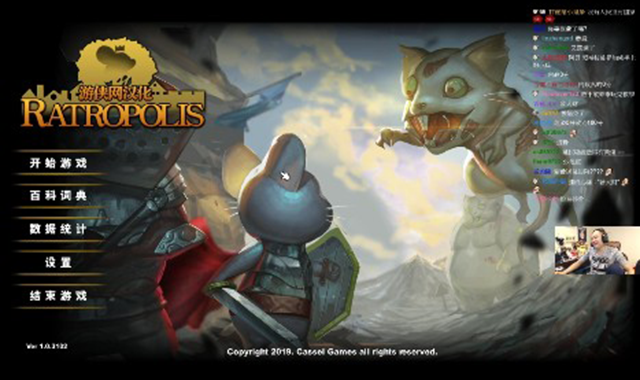 I had postponed Chinese Language in the past, because we wanted to proceed when the game was more refined.

Then I have moved my mind, to support Chinese with utmost priority.

So I urgently updated the previous translations one by one.

My Last three days, I have been watching translator and Excel sheets with my acquaintances who speak Chinese.

I updated the Chinese in hurry, and a few days later the revision arrived from the inspector.

This time the output was good, but we had to deal with a single problem.

The review was based on an old version text,

Even after receiving the Revision, I had to manually edit the text that had changed in the meantime.

I learned that the more languages the game supports, the more difficult it is to manage.

If any misinterpreted text were updated, it was reported by players.

I am VERY grateful that local fans helped me with the inspection.

It was difficult for us to afford fee for the translation and inspection every update.

I'll see you in the next diary with a story about a Navigator leader.

Take care for Corona Virus and have a nice day!