On February, we focused on implementing the Save/Load feature along with reducing random factors that affected the game.

Please let me introduce the improvement below.

Many has requested the Save feature before.

Instead, we've been focusing on new contents

Which we believe enough has been added for now.

There is also an endless mode that you can play for a long time,

It was for the users who enjoys infinite mode that

we decided to implement the save feature in Ratropolis!

We developed step by step from saving game information as a data file.

Such as player Card bag, Card Tomb, Cards in hand, Units placed on the line of defense,

Constructions in the city, advisors, labor/event currently in progress, etc.

All those elements in the game were to be recorded and saved into 1 data file.

Next, We developed the load function to reanimate the saved data files.

constructions and units were sequentially placed and the labors/events and so on.

When the job is finished, we brought you back to the glorious Ratropolis

Then we checked whether it was the same as before saving.

< Please be patient while Rats come out of the holes >

During the test, we constantly faced many cases that need to be handled with special care.

Still, what's really disappointing is that we couldn't save data about the battle situation.

To save the AI of allies and enemies, the size of data will increase significantly,

and mixed special cases could easily cause troubles in loading process.

It was our intention to implement auto-save right after at the end of every wave  without exception.

A save function that allows the player to save and quit whenever they like!

We came to realize that handling battle situations where enemies are constantly in motion were difficult.

Manual save was a headache requiring us more time and resource.

So, we were out of options but to implement the auto-save feature without the manual save.

After we made a choice, we put effort on securing safe situations for the Save/Load.

We adjusted the enemy appearance in quickness and numbers.

Although the Save/Load was not perfectly developed to the goal,

adding it to the game brought satisfaction to the development team.

If you go through continuous observation and improvement work, it will become a more complete function.

May continuing improvement bring it to the goal.

Although many agree on the fact that randomness in the game boosts fun,

We wanted to minimize the discomfort or distraction caused by randomness as much as possible.

Typically there are choices at the event that give random advisors or cards to players.

The reward that provides absolutely no knowledge on what will be given,

often provided a negative experience to the player or interfered their strategy.

In return, we changed the event choices to show in advance what rewards you will get.

now have green text descriptions. Players are informed of their choices.

Event choice no longer depend on luck and became a strategic choice.

< After the displaying rewards on choices.  >

The change was very positive.

Risks were loosen, and the event choices were played strategically.

I think it would have been nice if it had been applied sooner.

And I feel the same towards the save function.

There has been some suggestions and request for STEAM trading card.

At first, I didn't know exactly what a Steam Trading Card is, so I hesitated to support.

After learning more, I thought I could support a Trading Card, so I added it on February.

Steam Trading Cards are cards that can be obtained by playing games on Steam.

When you collect cards to create a set, you can customize your Steam profile

by receiving rewards such as badges and profile backgrounds.

However, since the number of cards you can get per account is fixed,

Insufficient cards are typically collected by purchasing/exchanging with other people.

If you're not interested in decorating your Steam profile, you can sell it to someone else.

< In Ratropolis, you can collect 6 Leader Cards to make a badge. >

To support Steam Trading Cards, we created the graphic assets required by Steam.

Steam provides detailed guidelines on how to create it.

Also, referring other games assets made the work easier. 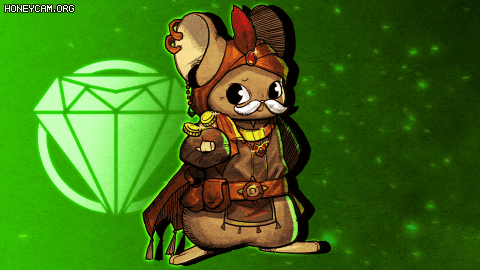 < After the finishing touch, I'm so satisfied with the quality and used it as a desktop wallpaper. > 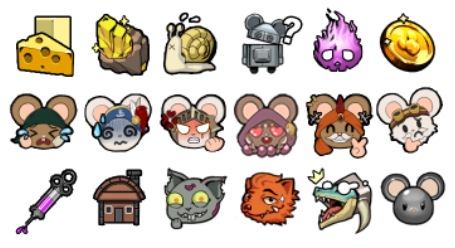 < You will find only 6 leader emoticons registered on Steam, rests are registered in Discord. > 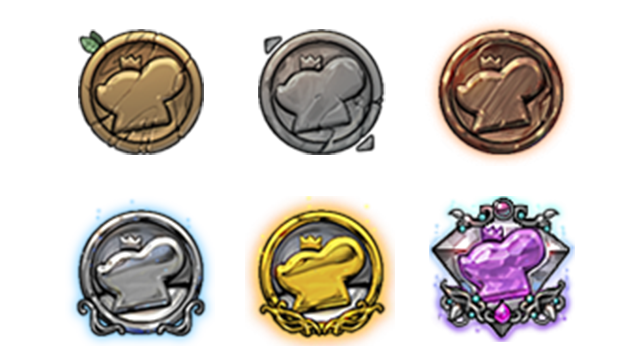 < The 6th badge is said to be unique from other badges. Several modification took place. >

Though relatively many games support it.

If any reader is about to launch a game on Steam platform,

It would be wise to consider creating one in advance.

However, once registered, Steam Trading Cards cannot be changed,

so you must register carefully.

Yup, those progress have been resolved during February.

Contrary to my worries, it only took us a month to implement Save/Load feature.

I believe the pace was fast. So, I would say it was a month of relief.

My team is still alert for any undiscovered bugs caused by the Save function.

Constant managing and improvement will follow on March while we plan for the next update.

Which will be the development of the custom mods.

Thank you for reading the Development diary!

Wishing you a wonderful March and a happy Spring.