On January, we focused on alleviating flaws and making improvements in the game.

Please let me introduce the changes below.

There has been a consistent voice regarding why the merchant sells duplicate cards.

it steals an opportunity to see various cards from users.

Previous Card Merchant had its both ups and down.

There could be an advantage of solidifying the direction of the deck building by holding a card of same kind.

But, no matter how good the card is, holding excessive is no good to anyone.

Due to the structure of the card circulation system.

Thus, we have made a change so that the card merchant does not sell the same cards. 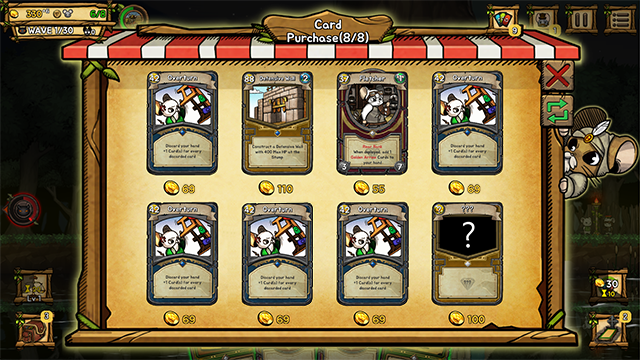 < Today's PowerBall, SuperLotto, and MegaMillion number is 69! This life... >

We saw a decreased opportunity to strengthen the player's deck building direction.

So we supplemented this by giving a bonus to the cards sold by the card merchant.

By inducing the player to purchase cards with bonuses, various plays could emerge.

The following bonuses are now randomly awarded to 1 card out of 8 sold by the Card Merchant.

1. Card Discount: Required cost is 50% for the random card.

2. Card Upgrade: Upgraded card is on sale, but cost increase of 50% comes with it.

< Tiny little tag next to the product shows which bonus is applied. >

It seemed many players are also satisfied for this update.

Meanwhile, we've received a feedback that '1+1 Sale' is nowhere near a bonus,

I am looking for any alternative option to replace this bonus.

Service is a merchant's unique mechanism, where deployed units disappear after a certain period of time.

Given that Service units are active for a short period of time, they have strong combat capabilities.

This was intended to use them as expendable supplies with the flourishing economy of the Merchant Leader.

Many beginners found it difficult to effectively operate the Service unit, considering it as a first leader.

There were requests to extend the employment time of the Service card.

To meet the request, we increased the Service time.

That also meant the unique Service Mechanism is no different from other military cards.

It was opposite of what we had in our mind.

How can we give a difference to the Merchant leader, and still make it easy to play?

So we decided to pull the idea off in the name of Game performance.

Now, there are very few users who over-place units and cause crash on the game system.

And we are constantly working on optimizing units for better performance.

With a bit of optimism, I was able to reconsider the change to the initial design.

After consideration, it was decided to eliminate the consumption of the required Ratizen of the Service unit.

< Cost and Abilities are increased, but Service time is decreased >

By playing Merchant Leader, you can experience commanding mercenaries from other countries.

In the future, we want to adjust the balance in the direction of effectively operating the service units

for its limited duration.

I kept thinking that the last battle had a little impact. it didn't fit the ending.

In general, players who have endured until the last battle are in a state of well-rolled snowball.

We were aware of this problem,

The only reason we didn't buff the boss was because there were players who struggled with the game.

After the data analysis, I was shocked when the kill success rate of the 30 Wave boss was too high at 98%.

That's when we started working on the tense final battle scene.

By reinforcing the existing boss abilities, we strengthened the boss.

Knock-back is modified to deal damage when knocking units out,

Or the extent(AoE) of the fire-breath is greater and damage higher.

while progressing the improvement work.

Not only because the boss is weak, but also players were well prepared.

Players who adapted to the difficulty rolled snowballs to easily defeat the boss.

So, we investigated the difficulty level based on the time when the user was defeated. 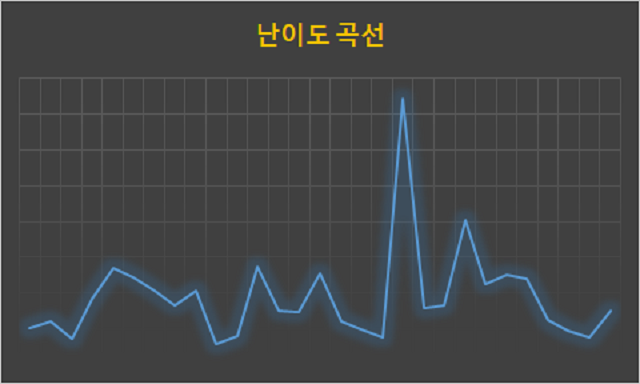 Looking at the data, it was regrettable that graph was different from our expectation.

Unlike we intended, the difficulty level dropped significantly after the Wave 27.

And the pike at the Wave 20 was too challenging for players.

Instead of a rising Linear graph, the difficulty of early and late game was falling low.

The change has been made already(the difficulty of the boss was raised).

So after analyzing the data once again,

I would like to change the difficulty level of the early and late game extensively.

Due to the lack of understanding of the game, translator was barely meeting the desired quality level.

So this time, we encouraged users an opportunity to directly participate in the translation

Users entered the Google Spreadsheet and commented on incorrect translation, and we edited regularly.

Then based on the Spreadsheet, we applied the change to the game.

In the initial period when the Discord channel was first opened,

I had to promote the channel because only few knew its existence.

After I created a link to the Discord channel on the Steam page, little by little users started to participate.

Within no time, group of users who are passionate about the translation came around.

In the case of Russian and Chinese, many translation flaws have been discussed and corrected. 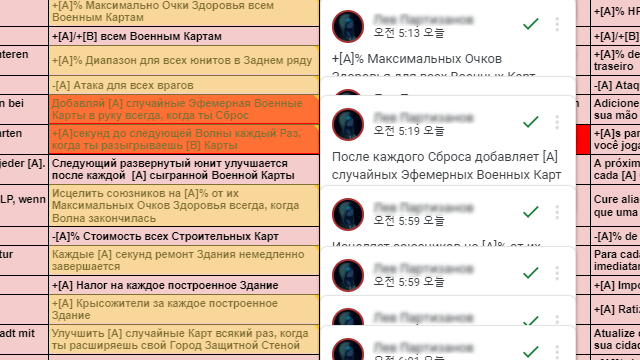 < Each day I found around 100 items were posted as comments. >

In the case of card names, there was also friction between users as they could be translated into various names.

We had to pay attention to management, such as mediating friction in the middle.

or naming card with the principle of majority vote through voting.

My thanks to the people who translate so passionately

We came this far, and satisfied many Mayors new and old.

In addition, achievements were added, UX improved and optimization was carried out.

Currently, many people are saying much inconvenience from the lack of Game Save.

So we are researching on the Game Save/Load.

At this stage, it is unclear how long it will take or whether it will work well.

We are looking forward to introduce the Save/Load in the future journal.

Thank you for reading the Development diary! Have a nice day.