Hello! This is Cassel, the lead developer of Ratropolis.

Now, Official release of Ratropolis is just around the corner.

Early Access will soon close around 22nd of December.

There is always a room for change, expand, and refine of content, but I will call it a day

Given that my team has done the best for development over a set period of time.

During the 1-year Early Access period, the following changes were made:

6. Improved image for building and card

8. Added leader exclusive advisors and remake on all advisors

As Ratropolis has improved its completeness by repeating many modifications and remake,

We plan to raise the sales price slightly when Early Access ends.

I will briefly introduce the contents that have changed recently.

Treat 'Pollution' as the level of difficulty in the game which is similar to 'Ascension' in <Slay the spire>.

There was a big difference in game satisfaction between beginners and skilled players in the prior 3 levels of difficulty.

We came to a conclusion that if we significantly lower the difficulty to allow victory for beginners,

and increase difficulty along the play, the user satisfaction issue can be managed.

The level of pollution in the game has been subdivided into 20 levels.

Know that Level 0 is easier than the prior Easy difficulty level,

and 20 more difficult than the prior Hard difficulty level which

you will experience 2 final bosses instead of 1.

It wasn't easy to make the difference in difficulty at each level feel bodily, but

I think it is not easy to feel the difference of each level yet,

we plan to balance any problematic 'Pollution' stage as we analyze the win rate at each stage. 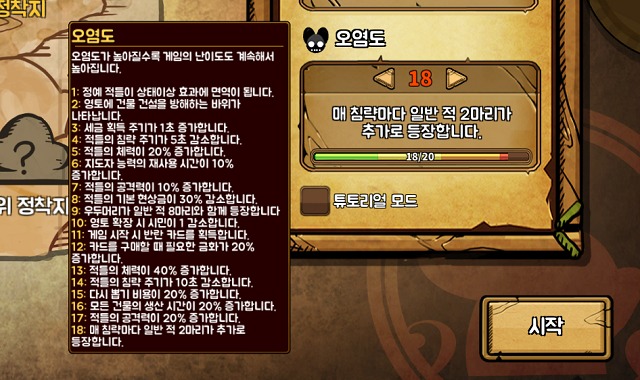 < Pollution level can be selected in the Map selection screen. >

After the implementation was completed, I was the one tested how difficult 20 Pollution stage would be.

Luckily, when I went to victory at once, I felt anxiety rather than joy.

I raised the difficulty a slightly more because I thought that

it would be a piece of cake for those skilled players.

Nevertheless, if the winning rate of the final stage is high,

we are considering adding more pollution levels among stages 21 to 25.

Also, in proportion to the degree of pollution, score points are obtainable at the end of the game.

Since the last update, there has been a situation where existing users have to unlock new cards.

The Data gone, favorite Deck disappeared, and recovering them took a long time.

There were quite a lot of negative reviews for the tedious unlock process.

To mitigate the issue, we drastically reduced the unlocking process.

When played with high pollution, recovering your favorite deck will take less time.

We are praying that this will enhance the user's experience a bit.

The nightmare mode, which was added at the beginning of Early Access, has been remake.

The old nightmare mode was a mode focused on player defeat.

It was a structure that continuously added handicaps to players

and created an environment in which they were bound to die.

It was inevitable that user rating was very poor because of these handicaps have damaged gaming experience a lot.

So, it has been reborn as the Infinite mode, removing all negative nightmare events.

However, with the removal of events, we needed a method to make a difference to reduce boredom.

Infinite mode started after Wave 30, around time user finished deck building, so there wasn't much more to do.

So, when entering the Infinite mode, user swap the leader to one of the other level 1 leader.

Player can select a leader who will proceed the next 30 waves together.

And cards of a chosen leader is unlocked and appeared in the game to assemble a better deck.

The concept is that the old leader dies and a new leader comes in and continues to rule. 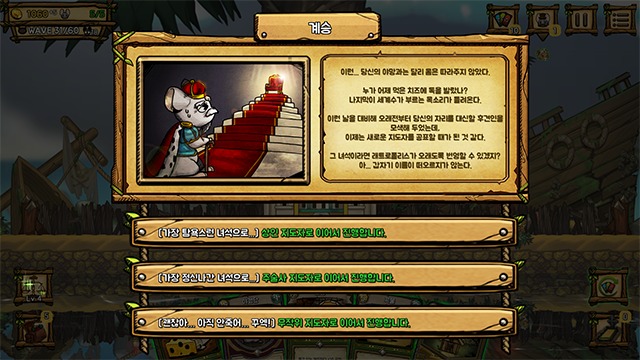 < All hail to the king! Player get to decide the future leader. >

At first, I thought about making 6 options for the next leader selection.

But in the end we put some randomness and limitations on the choices.

We wanted the player to work out the game by trying out different combinations of leaders.

Do you recall the Bonus that was given only once when entering the prior Nightmare Mode?

In the infinite mode, it is to be provided each time the leader was changed(or ascended).

To help you remember about the bonus, it includes territorial expansion, increased skill/building dmg, and increase in max population.

The last option was to prevent a situation where the population was full and new leader units or labor cards could not be used. 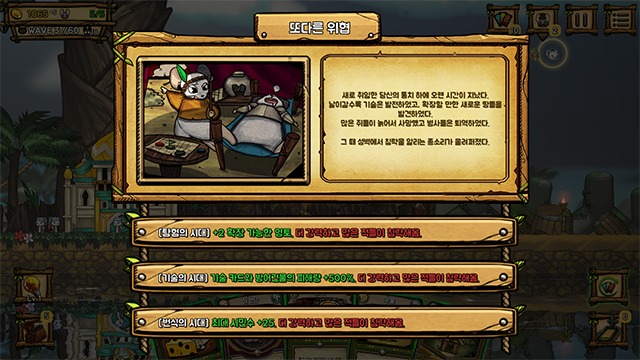 Instead a reward waits the user, I am praying the user experience of Infinite mode goes to 5 star which we intended.

We have added a lot of events that were insufficient in the game.

It seemed that the event could make use of the characteristics of leaders and regions more.

Just before the official release, I boldly added about 20 events.

I was worried a lot about whether the translation would work well within a short period of time.

In the new events, I wanted to give a rich experience by adding fresh elements. 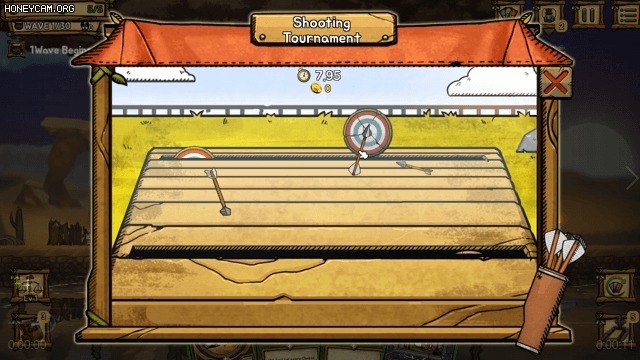 < Shooting Tournament is harder than it looks >

As I added it, interesting ideas sprang up and wanted to try more,

Due to the timely issues, we prioritized ideas and has implemented those with greater poll.

We have added a strict condition for the appearance of new event.

the system will check if the conditions are appropriate for new event.

Because the conditions and purpose of the event are different,

As you progress through the game in various ways, you will encounter a number of events.

Now it's really time to stop adding in-game content and focus on refining it.

Still, I am happy that the plan I had in mind at the beginning was applied to the game

One by one even at the imminent hour of the official release. 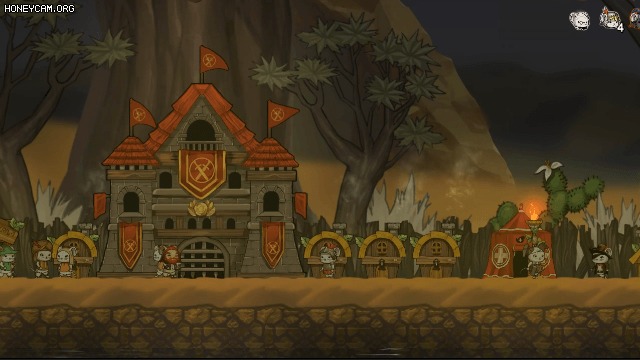 < It is a dream come true that advisors walk around the city now! >

During the remainder of the period, we will deal with 100ish bugs,

optimize Ratropolis, receive a translation review, and work on marketing before Release.

We'll see you in the next development journal with the merry news of Official Release! 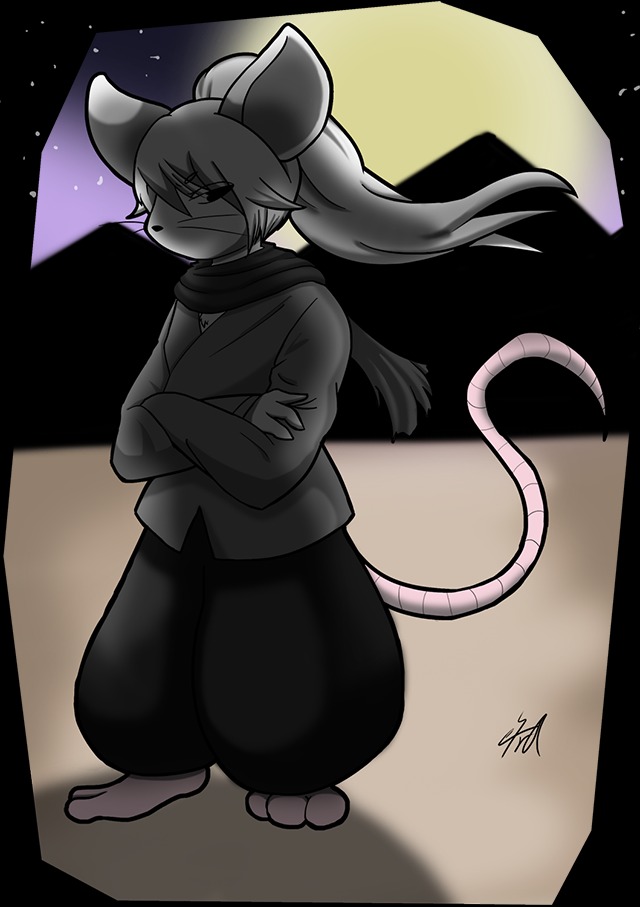