It's been a month since we launched Ratropolis.

In a blink a November passed by, and there have been a lot of big and small changes to the game.

In this development log, I will write mainly on the newly added nightmare mode. 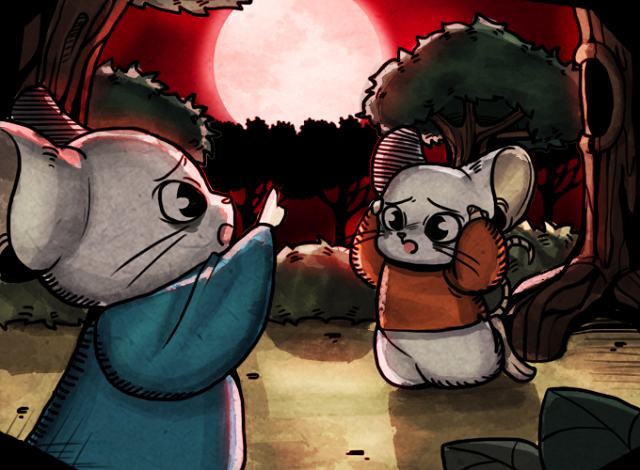 Nightmare Mode is an end content that allows players to progress indefinitely after the game is cleared.

As the end content, the difficulty of the game rises sharply,

Scores earned are recorded on the leaderboard separately from normal mode. 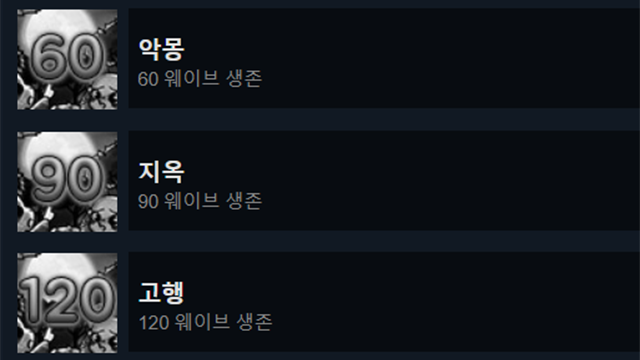 < You can also earn achievements if you progress to a certain level! >

In Nightmare Mode, enemies that have appeared previously become dozens of times stronger and reappear.

Players can check their strength by resisting the invasion of enemies more powerful than before.

Since the defense is a repeating structure, we had to eliminate the sense of boredom.

So I decided to make some changes in Nightmare Mode.

First, we reworked on the appearance of all the enemies that appeared in Nightmare Mode.

It was a time-consuming task because we had to modify the image,

We've had a lot of hesitation before we do that.

Because future enemies will also require the nightmare version of the image....

If the change was made in the right line, it seemed to be efficient enough.

Secondly, we have changed the wave composition to give a different the wave than what appeared before.

I haven't felt much changes in-game yet, but I think it will stand out more if we add more elite enemies.

When we launch another map in the future, we will try to make various enemies appear regardless of the composition.

For example, in the nightmare mode of the forest map, enemies from the desert and coast maps will also appear.

Each event is made up of options that provide huge penalties for the city.,

Players are to choose between two events that are less harmful to them. 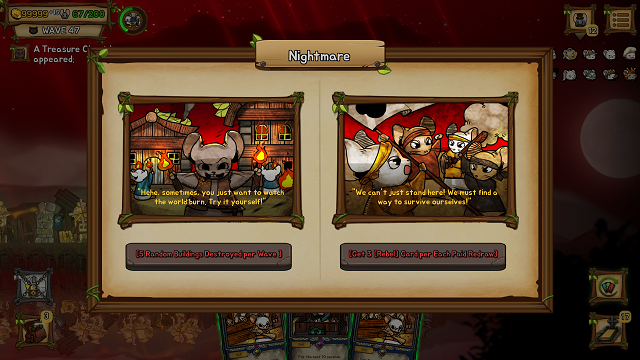 < As you progress through the game, your penalties will overlap and reach your limits. >

Finally, we changed the background, the presentation, and the music.

A red moon appears, and the sky and the river turns red. And bats fly instead of butterflies.

As the background music is replaced by the imminent music, the rats run in fear.

< I wanted to give a little new experience amid repeated structure. >

Unfortunately, the cons of Ratropolis is highlighted.

Nightmare Mode has a long game time, which greatly increases the fatigue that players feel.

In order to proceed to 120 waves, at least three hours are required.

For the player, it is hard to predict how long the play time will be.

He or she may have to give up the game because of time.

< I need to go work in the morning, but I couldn't sleep because I got to test my nightmare mode. >

In order to defend the stronger enemies, players will find the best way to balance the strength.

There are very few growth factors in the game yet, so the method of scoring high was almost fixed.

Lastly, more optimization is needed for units stacked over time.

I'm worried about this a lot, so I didn't spawn more enemies in Nightmare Mode,

We've set up alternatives in the direction of shrinking player units through events ...

Even if it wasn't a nightmare mode, the optimization part of the game was

a chronic problem that had to be improved quickly.

Now, solving these problems is a task we need to work on.

We are currently reworking the images, animations and effects of all units for optimization.

reducing the operations that occur during combat.

After the optimization, we will focus on the new Shaman leader and the implementation of the new concept cards.

Hopefully the new cards will solve some of the problems mentioned above. 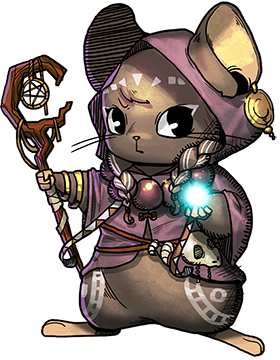 < The shaman leader has a lot of responsibility. >

After launching, there is no time to rest.

See you next time with the Shaman Leader and new cards!