Watsup! It's me Cassel, the lead developer of Ratropolis.

August is a rainy season and I hope you are well prepared for the heat.

This time I registered Ratropolis on the Steam page and changed the leader characters.

We will also introduce Ratropolis Goodies at the end.

Ratropolis has successfully been registered on the steam.

Now you can search us on the Steam Store page, add it to the Wishlist or Follow us, to get notified when it's released. 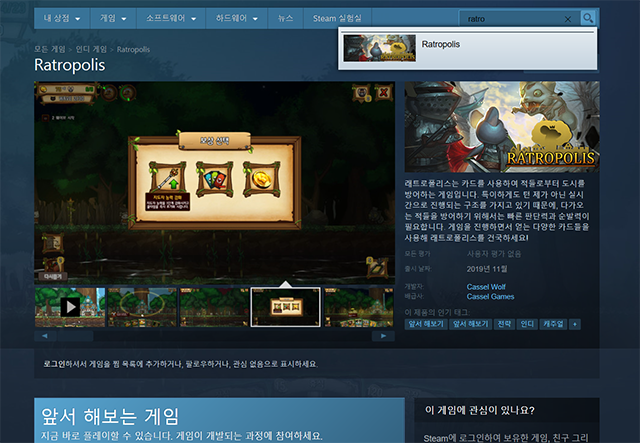 < I put Steam Link below the writing. Hi-five for coming this far. >

There are a lot of things to prepare for the initial steam registration,

Inspection was thorough and procedure was cumbersome.

The systematic registration was a new experience and I liked it.

Registration took me about a month, reading tips and guides on the web.

I proceeded without experience, but I think register would have been faster if I prepared the materials in advance.

Here are some documents I remember from my case. 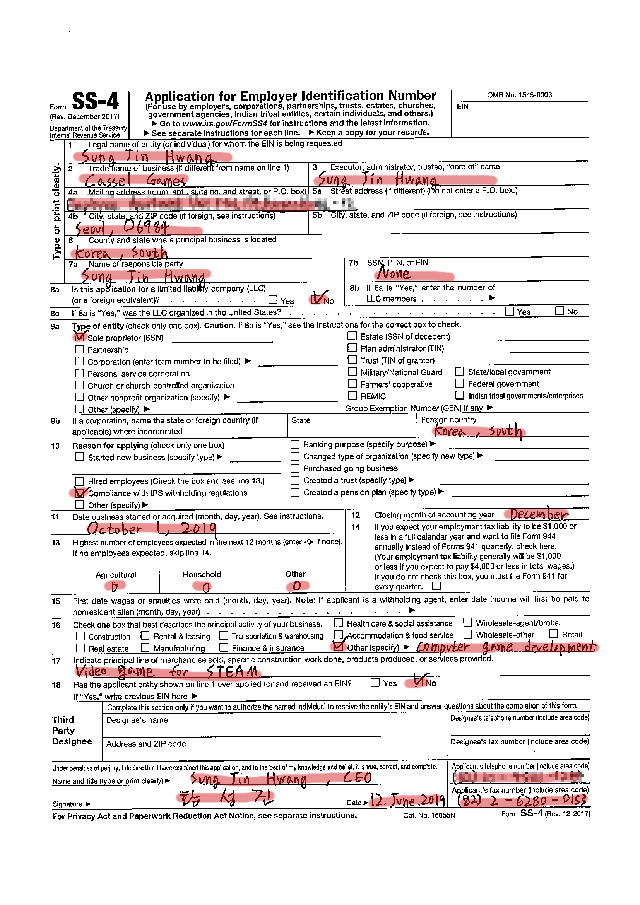 < My first EIN document was declined. I passed on the second try which is shown above. It was stressful experience. >

If you're planning for a global launch, it's a good idea to have separate writings and screenshots for each language.

< We expanded the main image, later if necessary, we can cut. >

In the case of a short introductory article, you should make sure that when you switch to a foreign language, the letters are not cut off.

- Executable Game File: Steam officials will review it personally, so the contents and introduction should match.

I posted a test file for demonstration, but Stream rejected the file due to the number of playable leaders does not match the description.

< They gave us a checklist >

I have only passed the minimum standard of steam registration, and

I am still learning the details such as steam achievement and community.

I have to update our steam page in the future.

The fourth leader released is a scientist, not an elder leader.

pull out the cards strategically from the card pool.

Ratropolis, however, is a game with a speedy deck rotation if plenty gold coins were given

The characteristic of Elder Leader was not as effective as leader skill of other characters.

So, Elder leader needed to change to a leader with a different ability, and some rat who would have an attractive setting.

Two candidates came up to the draft, Scientists and alchemist leader.

Scientist leader who had in the past prospered and demolished Ratropolis was the final choice. 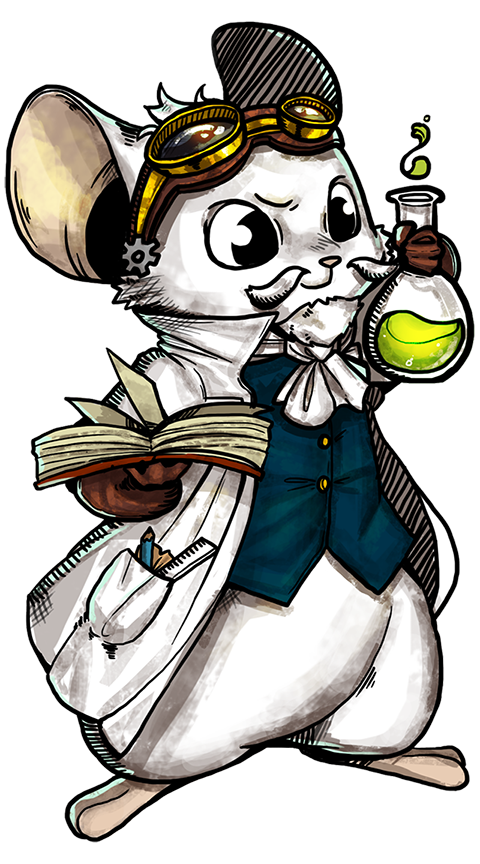 Scientist play games with an emphasis on using technology cards.

In addition, every time a tech card is used, cooldown time of your leader's ability is reduced.

Along with scientist leader, new cards and new buildings have been added to match scientist ability.

Opinions and feedback given by users helped us to determine the effect of the new cards.

The new cards added will be unlocked as you progress with the scientist leader.

It mainly consists of cards that increase the effectiveness of technology cards.

In addition to the technology card, additional buildings and cards have been added to secure additional citizens.

We needed to add cards to get more citizens.

< It would be awesome if player could use surplus citizens as resources. >

As we add ways to procure more citizens,

We are thinking on adding units and cards that require a lot of civilians in the future. 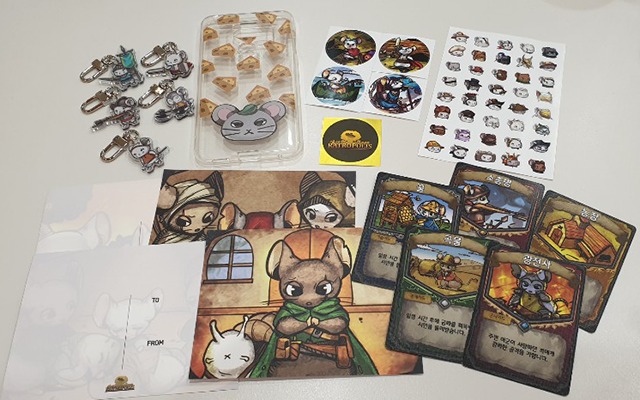 They are made up of cute mice stickers, postcards, cards, key chains, and smartphone cases.

I was worried about it for It was my first order, but fortunately goods were produced quickly.

The postcard is a "Tintoretto" material, and I like it because it has a good texture

Acrylic key chain was very satisfactory after receiving samples, so I made additional orders.

The game card came out like Major trading cards that I wanted to tear the wrapping paper so much!

18 Linen cards are inside the wrapping, but it's worth more when its not open. Hahaha 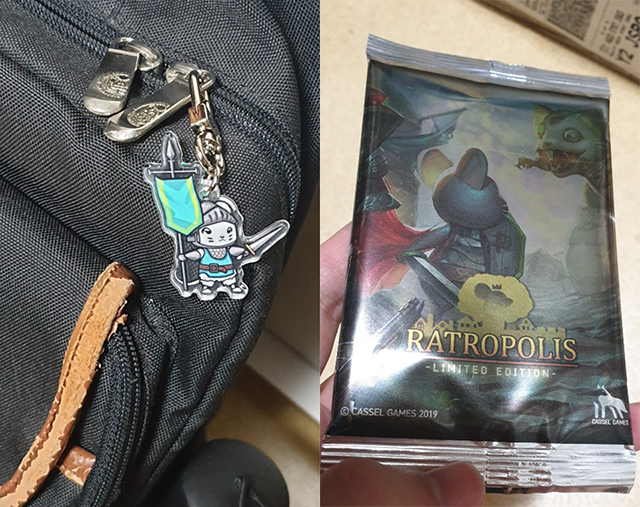 I tried to make the game card set so that the cards contained in each pack came out randomly, but unfortunately I could not.

That way, each card pack is treated as a separate order, which costs 5 to 6 times more.

So I had to choose 18 of the most beautiful and charming cards inevitably. (Sobbing)

When all the Goodies arrived, they needed wrapping paper. So I bought parcels for packing.

One day, I got a big box, and when I opened it, it was full of envelope. It was so bulky I thought a fridge came in.

Now it's time to wrap up the Goodies carefully and ship them. 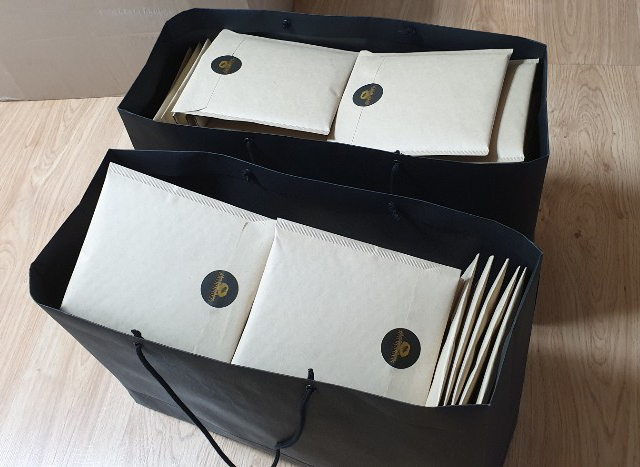 < It's a lot of goods, I am packing them little by little when I can. >

So far, it was this month's development. In August we plan to complete work on new backgrounds and enemies.

I am afraid that I won't be able to add all the content in time because of the sheer amount...

If I put effort harder today than yesterday, I may succeed!