Watsup! It's me Cassel, the lead developer of Ratropolis.

This week we added more events and constructions, along with bug-fixes.

Can't wait to launch a solid demo version to players.

I received a lot of feedback last year, "I wish Ratropolis have a story-line."

So I implemented an event system that will tell the story of the game in March.

And I was very satisfied at that time.

However, as the play repeated, the story in the event was consumed too quickly.

Obviously, we did not have to read the story we had already read.

It became a system of choosing only the compensation of the option.

I was disappointed when the story-line did not fit well in the game.

So, to improve the problem a little bit, various branch points were added to the event option.

The contents of the next event, options, and compensation are configured to change depending on your choice.

According to player's ruling tendency in selected options, 6 endings of different governing ideals awaits you.

I want players to wonder what events will occur in the cities of the rats due to their own choices.

< Let's hope players read the story and be interested in it... >

After implementing branch points to events, we made the following fixes to events.

First, we removed words or events that might cause problems.

In less violent or not political ways.

Next, we have cut down the optional texts to readable length.

Less diversions to eyes when there is “+100 gold coins" option. 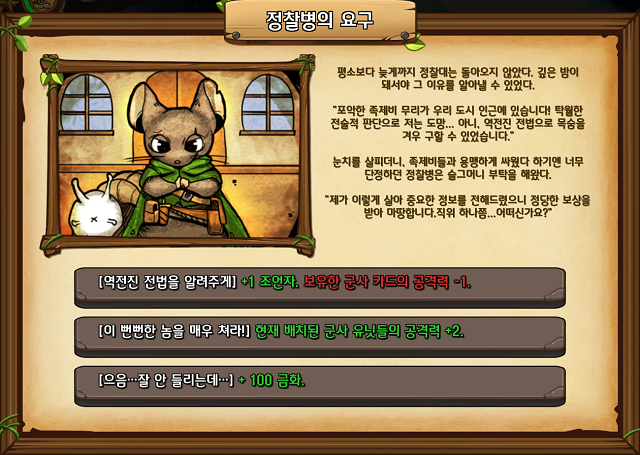 Short texts also meant it helps us to translate in English.

We have also changed the card effect texts in the game to a concise one.

In the future, I would like to display the gold coins, advisors, population texts using icons.

Next, I will introduce you to several buildings added to the game. 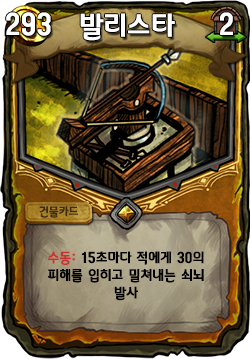 Ballista is the most powerful defensive building in the game.

Designed to defend the enemy while reducing the reliance on military units.

When the ballasta is loaded, pressing the launch button fires a large missile at a distant enemy and pushes the enemy back.

As you can see, it is so powerful that we made it high-cost. You will find it difficult to set up at low stages. 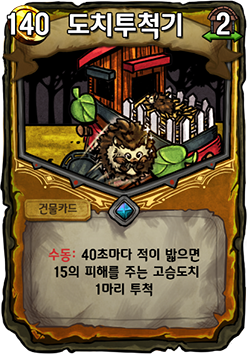 As an passive defense for when a defensive line is broken, this building can fire hedgehogs at regular intervals.

The fired hedgehog is in the ambush stance and runs away when an enemy steps on it.

I have a deep attachment to this card because we paid lots of care such as design, animation, sound effect.

I planted dozens of hedgehogs on one side but it leaves the other side still vulnerable.

I was defeated by giving less attention to the other side. 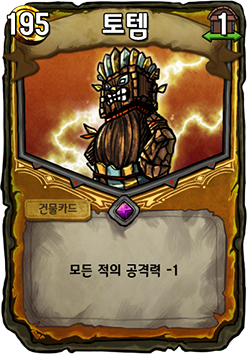 Totem is a simple but powerful mechanism in the early to mid-term of game.

It lowers the attack power of all enemies that appear, which leads to increased alliance survivability.

The enemies appearing in later stage have large attack power, and totems become less significant then.

However, if you run the city with totems, they can make defensive walls last a lot longer.

< The angry spirits will destroy you!!! > 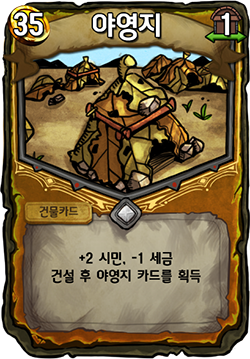 The Camp card is a substitute for the wildling card and is a building card that can only be obtained in an event.

In previous version, a player was able to acquire this economic card through an event called wilding.

What it did was supplying 2 Ratizens at cost of 1 reduced tax.

The ability of this card allowed a player to easily gain high population and to retain a large number of units.

This single card maintaining over dozens of Ratizens caught our attention.

It was necessary to limit this, and the building that appeared was the campsite.

In the case of camps, unlike wildlings, they occupy territorial space, so there are restrictions on their use.

We gave it a special ability to acquire a new Camp card during construction, making a repeated use possible. 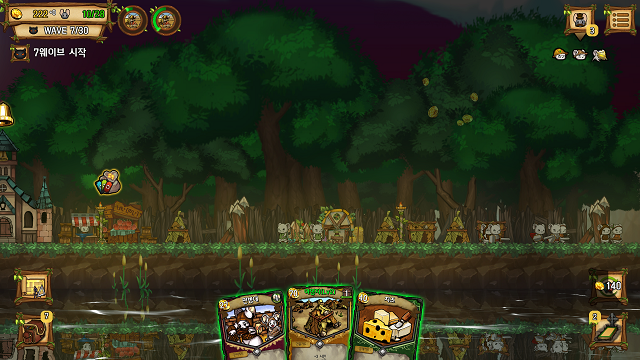 < Need to give up taxes and territories for more population. >

In addition, we fixed about 150 bugs while preparing for demo testing.

The more we tested, we were able to find deadly bug that did not caught our eyes in the past.

One of the most surprising bug was that the more Plague rats died, their attack power stacked.

No wonder why plague rats showed superpower in groups.

I could not believe my eyes...

Up to this point, this was developmental content, and until August, we will continue to work on expanding game contents.

Finally, I would like to wrap up with a nice present from BB. 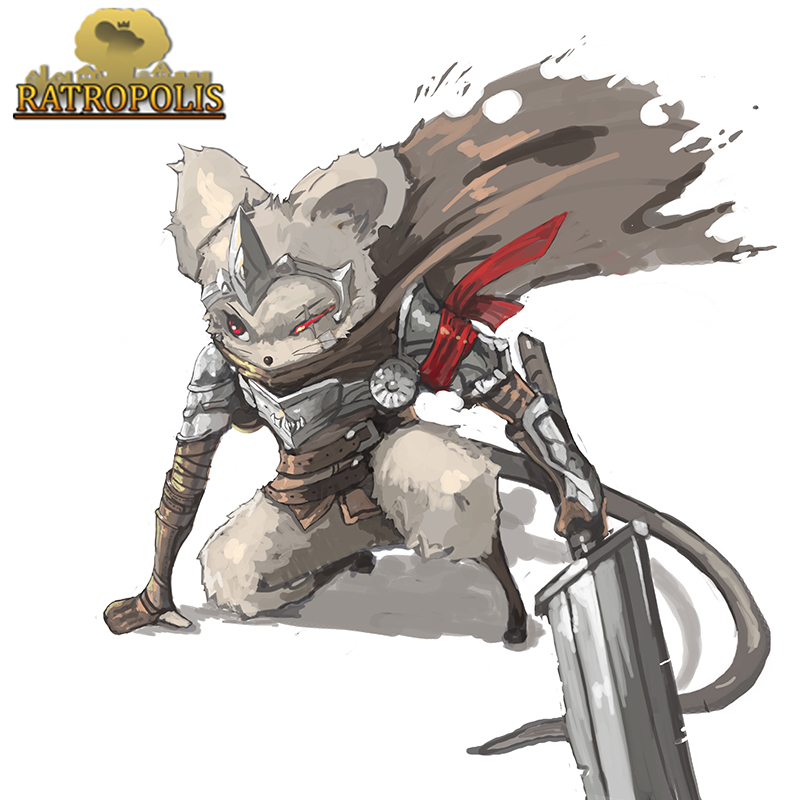